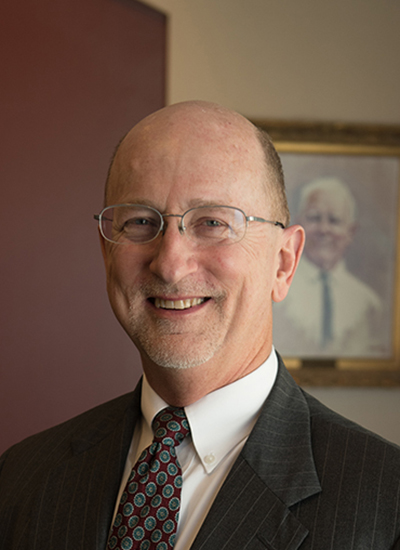 Fishback Dominick Partner Kurt Ardaman was recently interviewed by the Naples Daily News about what the new city council should be looking for, when they hire a city attorney. Mr. Ardaman currently serves as president of the Florida Municipal Attorneys Association, and, over the last several decades, has represented Belle Isle, DeBary, Longwood, Winter Garden and Winter Park.

The Naples city council put out a request for proposals for a city attorney. In the article, published June 30, 2020, Mr. Ardaman was asked about the best practices for choosing municipal council.

Read the full story below, or CLICK HERE to read it at the Naples Daily News.

Naples seeking proposals for a law firm to represent the city

A new law firm could represent the city of Naples starting later this year.

The city plans to post a request for proposals next week seeking law firms that could provide city attorney services to Naples.

For the past 23 years, Naples has been represented by the law firm Roetzel & Andress.

The city signed its latest agreement with the firm in 2017, which provided legal services for two years. Naples renewed the city’s agreement with Roetzel & Andress in 2019. The one-year renewal is scheduled to expire in September.

The city’s actions during the past several years occurred under a previous Naples City Council. In March, the city elected a new mayor and three new city councilors.

“We haven’t actually put out a request for proposals in over 20 years,” she said. “This is government. We should be a little bit more proactive on that.”

Heitmann said it is important for the new City Council to have an understanding of what services the legal department provides and to make sure that the city monitors its budget.

The city budgeted more than $800,000 for the city attorney’s department for the 2019-20 fiscal year. The budget includes operating expenses, the city attorney contract, litigation expenses and the wages for an executive assistant, according to a June 3 city agenda memo.

“The main reason to also do this is to have a better understanding of what the budget is, what the need is,” Heitmann said. “Also, looking at where our litigation is. It’s a good thing to analyze exactly what our law services are providing.”

Heitmann said Naples plans to post the city’s request for proposals July 6. She said she would like to see Roetzel & Andress put in a bid.

When the Daily News asked Roetzel & Andress if it planned to submit a proposal to the city, the firm responded that it had “no comment.”

Since April, Heitmann and the City Council have discussed releasing a request for proposals. The council also discussed what it would take to hire an in-house lawyer to represent the city.

Ultimately, a consensus was reached to draft a request for proposals for legal services from a law firm that could represent Naples.

“When you do have a large firm, they can provide you with many of the legal services that you need,” Heitmann said.

In a draft request for proposals, Naples said it is “seeking a knowledgeable, well-qualified, licensed Firm, experienced in city, county, and local government law.”

The city requires the firm be knowledgeable in areas such as administrative issues, code enforcement, the city charter and code of ordinances, public records and Sunshine Law and federal, state and Naples laws, according to the draft request for proposals.

A good city attorney has to have a well-rounded understanding of all the issues that affect a city, said A. Kurt Ardaman, the president of the Florida Municipal Attorneys Association. Ardaman has several decades of experience, having represented cities such as Belle Isle, DeBary, Longwood, Winter Garden and Winter Park.

“Even if that individual single attorney does not have an expertise in labor and employment or bond proceedings or appellate review or criminal matters, you need to have a fundamental understanding of the various subject areas that affect cities,” Ardaman said. “It’s very broad.”

Ardaman said the role of a city attorney is critical to having a well-run city.

“If the city attorney is properly utilized by the city commission and department heads, that will help immensely in making sure each of the resident’s rights are protected,” he said.

The Naples draft request for proposals states that submittals would be due by mid-August. Final selection and contract negotiations would occur in mid-September.

Brittany Carloni is the city of Naples reporter at the Naples Daily News. Find her on Twitter as @CarloniBrittany.